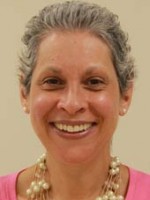 After eight years in Ann Arbor, she moved to Baltimore to complete her pediatric internship and residency at the Johns Hopkins Hospital. While there, she met her husband, Dr. Lambros K. Viennas, currently the chief of plastic surgery at Eastern Virginia Medical School.

Dr. Viennas has worked in pediatric urgent care centers and in pediatric emergency departments in community hospitals in Baltimore and surrounding areas. Prior to moving to Virginia Beach in 2009, she worked at Children’s National Medical Center in Washington D.C. as a pediatric hospitalist for several years.

The Friends of Children Fund through the American Academy of Pediatrics