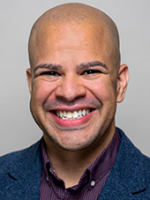 American Board of Psychiatry & Neurology

Dr. Williams grew up in the Chicago suburbs and is a proud Midwesterner who has always had a passion for both children and neuroscience. His interest in child development spurred him to study not only the complexities of atypical development but also the intricacies of normal child development. He holds a master’s degree in Mind, Brain and Education from Harvard’s Graduate School of Education.

Dr. Williams has a special interest in pediatric headaches but enjoys treating all types of neurological disorders. He is an advocate for considering the entirety of a child’s health as part of treatment. As such, he feels strongly that other pediatric specialists – child psychologists/psychiatrists, physical and occupational therapists – have a role to play in helping children with neurological issues. He also believes in the importance of engaging a child’s family in the treatment decision process.

Dr. Williams also holds a special interest in medical education, believing strongly in the importance of educating medical students and residents in the approach to neurology.

In his spare time, he enjoys exercising, artistic activities, traveling and fine dining … and appreciates the milder winters in the Hampton Roads area.