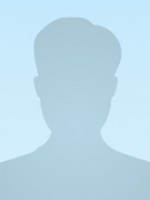 University of Kentucky College of Medicine

Dr. Robert “Bob” Gunther is a general pediatrician/hospital specialist at CHKD. Prior to joining CHKD, Dr. Gunther practiced general pediatrics in the Shenandoah Valley of Virginia for 30 years. He has been involved with international medical mission work for many years and recently completed his third West African assignment with Médecins Sans Frontières (Doctors without Borders).

Dr. Gunther earned his medical degree from Pennsylvania State University, and completed his pediatric residency at the University of Kentucky. He earned a master’s degree in public health from Johns Hopkins School of Public Health.

He has clinical faculty appointments in pediatrics at both CHKD and Edward Via College of Osteopathic Medicine. Dr. Gunther has served in a number of roles with the American Academy of Pediatrics, including the AAP Council on School Health and as District IV vice chair. He has also served as president at the chapter level of the American Academy of Pediatrics. A strong advocate for children, Dr. Gunther has also served on the Virginia Healthy Youth Foundation, which empowers Virginia’s youth to make healthy choices.

Dr. Gunther now resides on the Outer Banks, N.C., and serves his community in a variety of ways, including volunteer work at his local homeless shelter, food bank, and community chorus. He has also served his church as a deacon and elder. In his free time, he enjoys time with his family including his wife, three grown children, and their families.