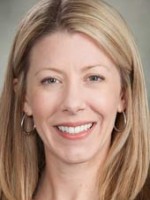 Children's Hospital of The King's Daughters

Dr. Leazer began working with CHKD as a volunteer in high school and remained with the hospital throughout her medical training. She is now an attending physician at CHKD and is also an assistant professor of pediatrics at EVMS. She received the James E. Etheridge, Jr., and Ahmad A. Shoaibi scholarship in 2007 and was part of the Alpha Omega Honor Medical Society medical school.