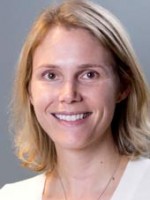 Born and raised in Vermont, Dr. Colacchio originally fell in love with Virginia while pursuing a degree in biology at James Madison University.

After several moves throughout her medical training, her family recently settled in the Virginia Beach area.

Dr. Colacchio was drawn to neonatology because she was impressed with the resiliency of the smallest of infants, and wanted to help families during this stressful time in their lives.