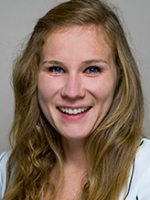 Elizabeth Burgess was born and raised in Orlando, Fla. She received her bachelor’s degree in nursing from Auburn University in Alabama. She worked as a registered nurse in a pediatric emergency department in Jacksonville, Fla., for several years before earning her master’s degree from Vanderbilt University.

Burgess and her husband reside in Norfolk with their three wonderful cats. Burgess enjoys running, and has completed full and half marathons. She also enjoys traveling with her husband in their RV, and drinking plenty of coffee.

Volunteer for Pediatric Nursing Certification Board