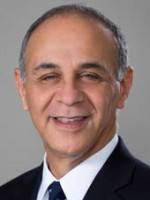 American Board of Otolaryngology

Dr. Darrow is the founder and co-director of the EVMS center for hemangiomas and vascular birthmarks, a multidisciplinary treatment program for patients with these disorders. He has lectured locally and nationally on proper diagnosis and management of middle ear disease in children and written extensively on indications for tonsil and adenoid surgery. He was appointed to the panel that crafted the recently published national guideline on tonsillectomy in children.

Dr. Darrow served for 13 years on the executive committee of the American Academy of Pediatrics section on otolaryngology - head & neck surgery, including terms as its chair and program chair. He served on AAP panels that developed guidelines for management of sinusitis and follow-up care of tympanostomy tubes and is currently participating in the development of referral guidelines for children with vascular birthmarks. He is a past member of the board of directors of the American Society of Pediatric Otolaryngology.

A native of New York City, Dr. Darrow now resides in Virginia Beach. He is married, with two sons and two daughters. He feels that the beauty and marine culture of the Hampton Roads area attracts the best and brightest pediatric subspecialists to CHKD, while the hospital's size allows the staff to provide care for patients in a warm, intimate environment.

2013 Sylvan Stool Award for Teaching and Service, Society for Ear, Nose, and Throat Advances in Children

1996 Elected to membership in Sigma Xi, The Scientific Research Society

1993 Chairman’s Award for Outstanding Teaching as a Resident, UCSD Department of Surgery

Wilcox LJ, Darrow DH. Should water precautions be recommended for children with tympanostomy tubes?Laryngoscope. In press.

Darrow DH, Keithley EM. Reduction of endotoxin-induced inflammation of the middle ear by polymyxin B. Laryngoscope 1996; 106:1028-1033.