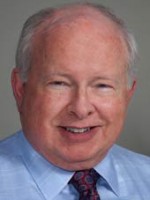 He was named chair of the department of pediatrics in 2013 after serving as interim chair.