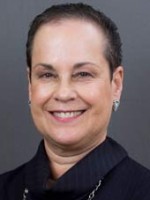 American Board of Obstetrics & Gynecology

Hospital of the University of Pennsylvania

Dr. Scharlop is excited to return to gynecology practice in Hampton Roads after exclusively practicing in Williamsburg for 28 years.

Virginia Beach, where she will see patients, is an old friend. After completing residency training, Dr. Scharlop worked as an obstetrician gynecologist in Virginia Beach from 1985 to 1989. She moved to Williamsburg at that point and continued in general OBGYN practice until 2011, when her practice was limited to gynecology.

American College of Obstetricians and Gynecologists